Whether a mountain bike is comfortable to ride, whether it is light and easy to control, how high the intensity can withstand, how long it can be used, whether it can be upgraded, etc., the key is to see the frame.

Say the choice of next frame size simply: choose frame according to height commonly, must choose the frame that suits oneself, this one is very important! 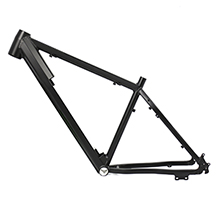 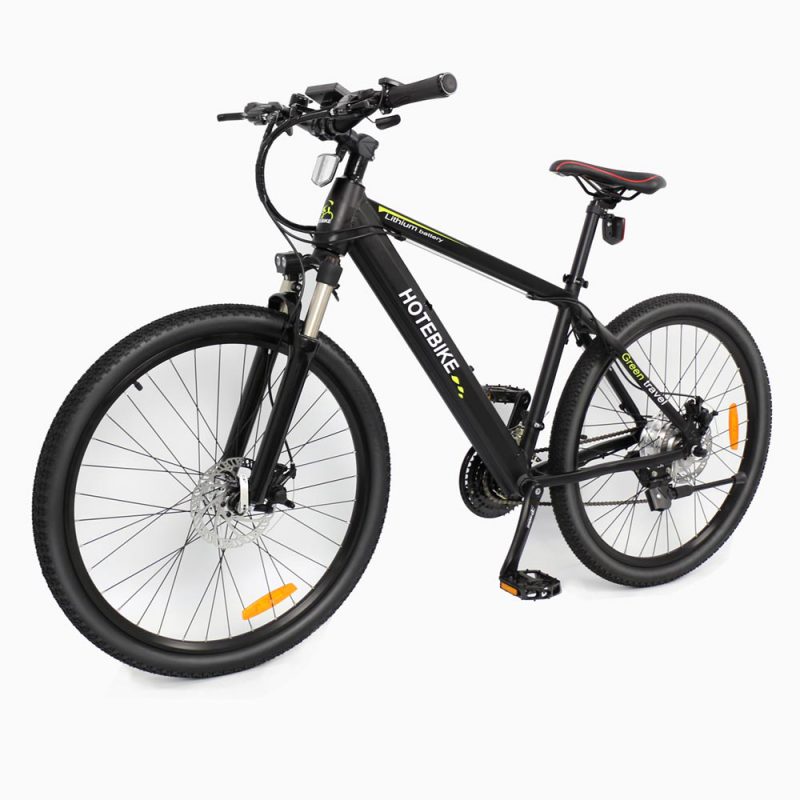 Until 2009, when MARMOT groundhog bikes developed the world’s first 27.5-inch / 650B mountain bike in Washington, d.c., nearly all mountain bikes were 26-inch. Because this model can give full play to the best handling, stability, safety and performance of the bicycle, since then, the new wheelpath revolution in the bicycle industry has officially come, and major brands have followed suit to develop the full-size vehicle, and the 27.5 “/ 650B full-size vehicle has gradually become the mainstream product in the bicycle market [6]. Because each person’s body proportion is different, the length of the legs and arms is different, so I teach you the simplest and most practical practical measurement method: wear your shoes, stand across the frame on the tube, feet shoulder-width, crotch and the tube on the frame should be about 5-6 cm distance; The frame is large if the upper tube is close to or next to the crotch, and small if the upper tube is too far from the crotch. The rider that likes cross-country is about to choose a few smaller, crotch and the canal on car frame due the distance of about 6-10 centimeters. This is good handling, high safety, because off-road is more dangerous, so the frame to be smaller.

Hardtail mountain bikes are ideal for off-road terrain, single lane and racing. It is lighter, more durable and less expensive than an all-shock mountain bike. Lighter because there are fewer parts on the frame, and more durable because it has no pivot or rear suspension to maintain. This means it costs less to maintain, so it is cheaper to use and the original purchase price is lower. For these reasons, the hard tail mountain bike has been the choice of many cross-country racers. Whether you’re a new or experienced mountain biker, the hardtail is a great track bike. In fact, if you’ve ever ridden a hard tail mountain bike, you probably agree that it can handle most terrain.

Fork is a high technology content of mountain bike components, hard fork mountain bike is rare, are basically with shock absorber fork. There are several factories around the world with good front forks: RST, SR Suntour, DNM, RockShox, Marzocchi, Manitou, FOX, BOS… Among them, the fork of the first five factories has the universal model fork below 1000 yuan, while the latter two are rare, and the price is too high. Even if the fork of the universal model is also close to 2000 yuan, new car owners can hardly afford it, and it is difficult to play its role even if they buy it. 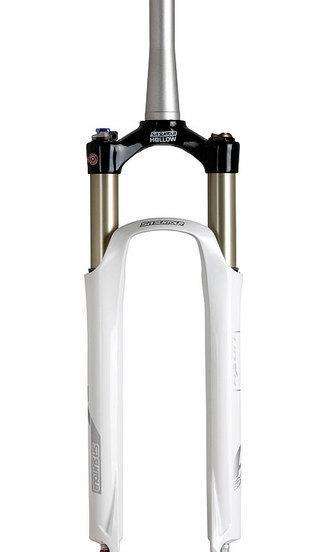 Features: more than enough than under, but resistance fork with three years or so will be aging, need to be replaced.

Oil spring fork is made of Coil and oil as damping medium.

Features: heaviest, but sturdiest. The spring is more moist, sensitive to small vibration response, generally half a year for shock absorber oil, fork for oil.

(4) of oil and gas fork: with Air (Air) as the rebound medium, to shock oil as damping.

Features: lighter than oil spring fork, but the firmness is reduced. (it’s not that low, either. The regular cross-country is good enough.) Play air every six months, the car shop will provide a special air cylinder free play, buy alone can also, with a barometer of 200 yuan or so. The advantage of using air as a medium is that it is lighter and protects the rider’s wrist during high-speed cross-country, but is less sensitive to small vibrations.

The working order of the front fork should be as follows: when encountering obstacles — the front fork is compressed — to the extreme — it is bounced back to the original length (the rebound speed is affected by the damping) — the bouncing system is finished.

Rebound: Rebound after shrinking to the pole, by the medium (resistance glue, Spring, air) bounce back to the original travel length, namely Spring half, because the Rebound speed will be affected by the oil damping, so alone become a technical term.

Damping resistance: the springback, how fast is the springback, the determined by the resistance. High speed exercise, rebound fast, will be bounced; Rebound is slow, the trip is more and more short when the continuous obstacle is pressed, the hand feeling is the same as the hard fork without rebound.

Rebound Adjustment: this is a tech pitch and the fork is hundreds of yuan more expensive. But mazzucci’s classic Z3 fork comes with this feature; In addition, RockShox fork, as long as the model with SL also belt. As the name suggests, is to adjust the speed of the rebound. Take the fork of this function, need not change clear, thick oil, can achieve the purpose that adjusts rebound. Impact of rebound adjustment in off-road — small stone road, mud road, need rebound faster; A rocky, high-drop path needs to rebound more slowly. The rebound adjustment knob is usually on the left side of the forkfoot. The principle is that after rotation, you can make the oil hole smaller, and reduce the amount of oil through the unit time, extend the oil time, to achieve the purpose of slower rebound. It’s like a plastic salt shaker with a hole in it. According to Chinese thinking habits, it is easier to understand resilience regulation as resistance regulation, because the speed of resilience is controlled by the amount of oil resistance in and out.

Lockout: when riding, the front fork can be locked through a special knob. Like the hard fork, it has no shock absorption response to any obstacle. This will reduce the pressure and make it easier to climb up hills. It will also save energy on long rides. The average player is not very useful and it is recommended that money be spent on other components. There are two lock structure, a mechanical lock, a damping lock. 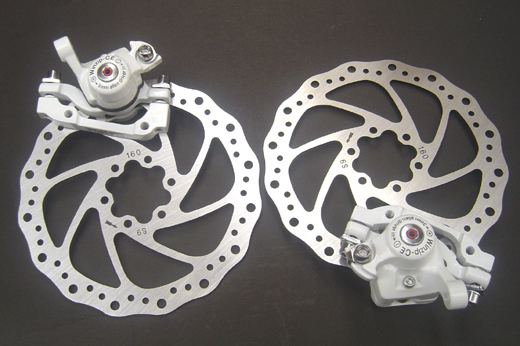 V brake: the power is very big, because it is by friction wheel brake, so the wheel must be adjusted in place, and not easy deformation.

Disc brake: compared with the V brake, it is more difficult to lock the tire. When driving at high speed, it is dangerous to lock the tire, which will lead to side slip and rollover. Disc brake price is very expensive, good point are about 1000 yuan, V brake 400 yuan can buy quite good. 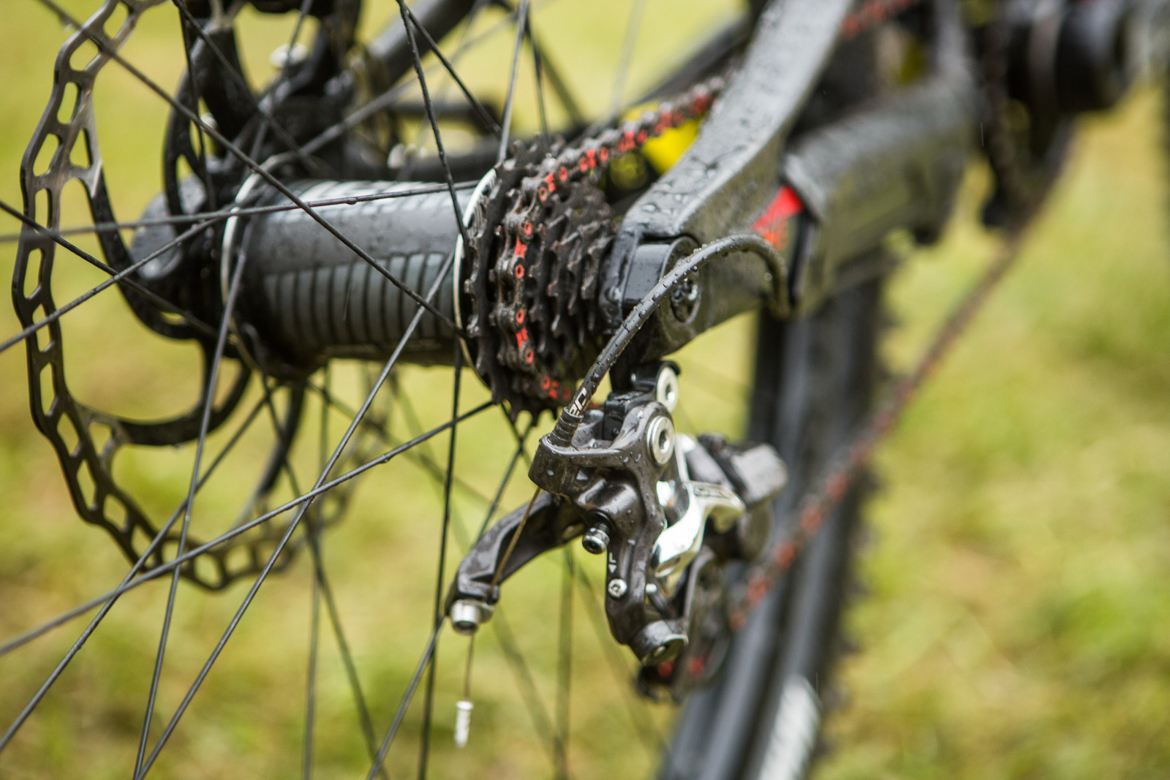 Chain: this is a consumable goods, broken chain is often, riding a long distance, be sure to take good spare yo, lest the qinghai-tibet road ashen hitchhiking.

Flywheel: choose this one. There are 8, 24, 9, 27, and 10, 30. The SRAM has 11. In fact, the driver will not use all the gears, and only use one gear 80% of the time. This gear must be the most suitable for the force and frequency of the driver’s pedal. Thus, the more gears a driver has, the more accurate he will be in choosing his gear. The 27-speed car has three more gears than the 24-speed car, giving the driver more options. And the more gears, the smoother the shift.

Transmission, the two most common domestic brand, one is Shimano(Japan), the two is the SRAM(the United States).

SRAM is one of the pioneers of transmission system production. Ximano is the only manufacturer in the mountains that can compare with SRAM, and its high-end products can be regarded as handicrafts. Both have occupied the Chinese market for many years. SRAM is indeed superior in cost performance. For example, the SRAM X9 transmission system is designed for Shimano Deore XT, but the price is much lower. It is also important to note that Shimano is incompatible with some parts of the SRAM (for example, the SRAM finger pull ratio is 1:1, while Shimano is 1:2.5) and it is best not to mix them.

Still have a kind  double control change speed, the brake that turns finger and brake is made it an integral whole, such advantage is to have extremely high compatibility and beautiful, inadequacy is, in case brake is broken finger is not broken, still have to change together entirely. In addition, operating the brake and speed change at the same time has great hidden danger to safety, and the dual-control system has basically withdrawn from the market in the field of mountain bike.

Front dial: go to XT with more money, Alivio with 9 speed and Deore with 10 speed with less money.

Back dial: more important than the front dial, it is suggested to install a higher grade guy than the front dial. Such as Shimano SLX, Deore XT series, SRAM X9, etc., durable. For less money, get the Shimano Alivio in 9 speed and the SRAM X5 in 9/10 speed.

Saint and Zee are also available for the DH market, while SLX is more suitable for AM.

Rim: mountain bike should use double rim. Because the double layer is stronger than the single layer, it can withstand the test of poor terrain for the performance of the bicycle. The rim is also divided into: cutter rim and i-ring.

The advantage of the cutter ring is that it is strong against the longitudinal impact, no matter how strong the strength is, it will not produce circular deformation, while the transverse deformation is easy to adjust. It also reduces air resistance and is suitable for amateur drivers and training. Disadvantage is heavy, not suitable for climbing.

The axle is divided into “perrin” axle and “bead gear” axle. It is recommended to buy perrin shaft, which can be replaced.

External tyre: very important because it directly affects the control of the rider on a particular road surface. Different tread patterns adapt to different road surfaces.

The flat tire, the smaller the resistance, the faster the speed, the stronger the friction on the flat. Bare tire, suitable for city flat cement road.

The more convex the tread, the greater the resistance, the slower the speed, the stronger the friction in the mountain.

Inner tube: it is consumable.

Previous: How to buy an electric mountain bike

Next: Some tips to deepen your love of riding electric mountain bikes